Year 2022 has been bumpy for the crypto world, and Bitcoin is no exception. In November 2021, it was trading at its all-time high of $69K but the price fell to its lowest in 2 years after the news that Binance won't go through with the FTX deal. It shortly recovered above $17K key support a day later due to lower-than-expected inflation but sunk back as exchange outflows hit historic highs. Let's take a look at other factors affecting Bitcoin levels in 2022 and where it might go next year.

As basic economics goes, supply and demand fluctuations affect the price of an asset. Generally, lower supply with steady demand results in higher market prices. BTC is also subject to "fluctuations", although these movements are much harder to predict due to many other variables involved. 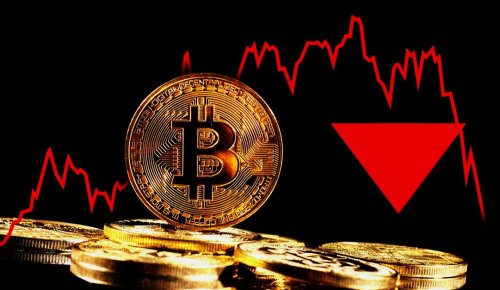 Slowed Demand for Bitcoin in 2022

Bitcoin is known as the King of Crypto: it has the largest capitalization and user base, making it the most popular cryptocurrency. However, the demand for BTC has significantly slowed down in 2022. The current price reflects the insufficient demand in the market. Since reaching its peak in May 2021, bitcoin daily transactions have fallen dramatically.

We have recently seen major adoption of Bitcoin around the world by businesses, individuals, institutions, and even governments. El Salvador granted Bitcoin a legal status last year requiring it to be accepted as a payment method universally. But a year later, only 20% of the businesses in the country actually accept BTC as payment and these are typically large businesses. President Nayib Bukele, a cryptocurrency enthusiast, was very optimistic about his country's economic potential as a crypto haven, but a year later the El Salvador experiment is seen as a major failure.

El Salvador citizens have been encouraged by the government to purchase BTC through an official app, but most saw their investments disappear as it sunk less than a year later. The government itself saw its reserves plummet, raising serious concerns about the country's economic future. This ambitious experiment has so far demonstrated that the implementation of bitcoin is not such a straightforward process and there are many issues to be resolved before it can be successfully scaled up.

Generally, the rate of Bitcoin adoption worldwide is relatively slow, so it is going to take a while for BTC to be used universally. This slow-moving adoption negatively affects the demand for BTC and in turn its market price.

Bitcoin levels have also been negatively affected by the current shaky global economics. In uncertain times more traditional investments like real estate, stocks and bonds are seen as more secure compared to relatively new, unconventional blockchain technology. BTC is seen as a risky investment, especially after the highly publicized crush of LUNA and recent issues with FTX.

Regulation of Bitcoin by the governments can reduce this fear factor and increase demand in the future. However, as BTC price went below its key support at $17K, people's fear of losing their investments triggered historically high withdrawals from the exchanges. There is a lack of trust and a prevalence of fear in the market. If this trend continues even further, expect a Bitcoin Sale this holiday season that just might bring BTC price back to its 2019 levels.

Bitcoin is also facing competition from other cryptos. Cheaper altcoins are seen as an alternative to BTC due to lower points of entry. Altcoins also have improved functionality, as they aim to build on blockchain technology. However, many of these coins will cease to exist in the future and even the strongest altcoins are having difficulty catching up to Bitcoin.

BTC supply is finite: meaning that the number of coins in circulation will remain fixed permanently. The blockchain has been designed to limit the final cap at 21 million, which makes it very different from fiat money and most other cryptos that can be produced in infinite supply. The last bitcoin is expected to be mined sometime around the year 2140 but more than 90% of its total amount has been already produced.

As the demand for BTC remains relatively flat in 2022, the anticipated slowdown in its supply might trigger price levels to go up. In Spring 2024 the rate at which new Bitcoins are mined will be halved. This is an inbuilt feature in the system known as "halving" designed to slow down the production of coins over time. It is one of the most anticipated events in the crypto industry and happens approximately every 4 years. But will it create enough upward pressure on the value of Bitcoin?

But will this supply slowdown be enough to trigger the BTC price to go back above its key support levels or will it fall back to 12-14K? Some experts anticipate even further price volatility across the crypto ecosystem as fear spreads among the asset holders. Bob Iaccino, Path Trading Partners co-founder and chief market strategist said, "I wouldn't be surprised if bitcoin went as low as $9,000, which for me, as someone who got out of bitcoin and is waiting to get in again, would actually be a positive." As a professional investor, Iaccino also understands that turbulence in crypto is an indication of much-needed smoothing out of the edges before it can proceed to a new level.

Is this the dip we have been waiting for? Many see the current situation as an opportunity for those who missed a chance to get into Bitcoin. So far 2022 has demonstrated that it is not a short-term investment and factors like consumer sentiment can greatly impact BTC levels. The flattened demand for Bitcoin is likely to keep its price levels below $20K.

"BTC will make it but might be a long winter" according to Elon Musk. How long will this winter last? Some experts believe it will take decades until Bitcoin reaches its full potential. Others are more optimistic, seeing the March of 2024 halving as a potential driver that will reverse the negative trend. The past halving events saw a notable spike in the price of bitcoin, but will it be enough to pump the levels up above $20K? Will the rally happen as it usually does after the halving or will the anticipation of the runup drive the price up in late 2023?

Unless you've been living under a rock for the last year, you've probably heard that 2022 has been a lousy one for Bitcoin so far. Join us as we examine the current trends affecting Bitcoin price levels and make predictions about what to expect next.

Neosurf Payment Solution Bridging the Gap into the Metaverse

What is Neosurf? What is the Metaverse? How are Neosurf and the Metaverse working together to offer gamblers and gamers streamlined services? Let's find out in this GetNeosurf blog post.

The world of decentralized finance is hotter than ever, and it’s all because of the best DeFi wallets. These projects managed to democratize the crypto market and turn anyone interested into an investor. In today’s blog, we rank these top DeFi wallets in 2022 and explore their features.

Decentralized exchanges have changed the world of crypto forever. From instant coin swaps to lucrative staking programs, there’s a lot to unpack. Join us as we tackle this topic, as well as elaborate on how DEXs impact the world of online gambling.

There’s no denying that MetaMask is one of the best DeFi wallets on the market. But to truly get to know this project, we have to take a look at ConsenSys. Join us as we take a look at the company’s history and its eccentric founder, Joseph Lubin.