When it comes to DeFi wallets, no project has garnered more attention than MetaMask. It’s ‘home’ to trillions of dollars’ worth of NFTs, cryptos and other digital assets. And since you’re reading this blog, you probably heard a couple of things through the grapevine. Not only can you create multiple wallets inside a single app, but the sign-up process is also simple and anonymous. The number of supported chains is also a much-desired feature, but...

You can’t just decide to use MetaMask or any other wallet, for that matter, just by looking at its features. It’s essential that you ensure your money will be in a safe place. And there’s no better way to do this than to look at the makers of MetaMask, ConsenSys. That’s why today’s blog be a deep dive into the team behind MetaMask and some of their biggest accomplishments.

ConsenSys was the brainchild of one Joseph Lubin. If the name sounds familiar, you probably know him as one of the co-founders of Ethereum, alongside Vitalik Buterin. Even though Buterin is better-known, Lubin’s contribution to today’s web3 world can’t be understated.

Not only did he participate in the creation of Ethereum, but he also founded EthSuisse, the development studio responsible for the whole platform's code. These efforts proved instrumental in promoting the concept of smart contracts, which is the most desirable transaction protocol nowadays. 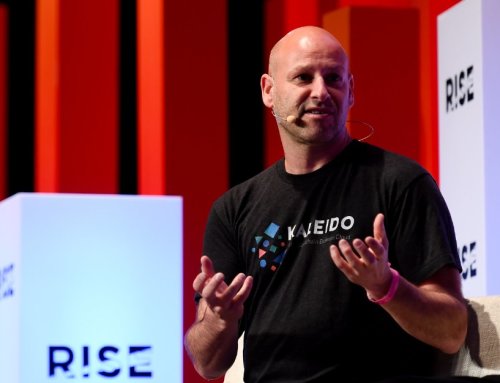 Around the same time, in early 2015, Lubin had another idea. He predicted the Ethereum chain taking off, so he wanted to set up a studio that could develop and produce apps and software to run on the protocol. Thus, ConsenSys was born. Even though ConsenSys was an unknown at the time, Lubin was far from it. Using his connections and status in the industry, he elevated the new studio to dizzying heights almost immediately.

The Birth of MetaMask

We can’t tell the story of ConsenSys in full without devoting a good chunk of it to MetaMask. It was created in 2016 as the yin to Ethereum’s yang. The main goal was to showcase the enormous potential of the Ethereum blockchain. Creating an all-purpose wallet seemed like the best way to start.

Initially, Lubin and other people at the company were against creating a mobile app or even a separate program. That’s why MetaMask started off as a browser extension for Firefox and Chrome. At that time, most exchanges and wallet providers focused on apps, but it’s precisely this going against the grain that made MetaMask so popular. With just one click, anyone could start using it.

However, the same thing that got MetaMask famous got them in some hot water with users. Over time, as people were aware that MetaMask wasn’t going to develop an app, imposters decided to do it instead. Numerous fake MetaMask apps and extensions popped up, only to end up being scams that stole people’s crypto.

Criticism began brewing, as many accused MetaMask of being irresponsible and facilitating fraud with their inactivity. In late 2019, they finally announced an app would be coming. And when it finally came, Google removed it from the Play Store because they thought it was another fake. The official apps for both iOS and Android came in September 2020, resulting in yet another boom in popularity.

As Decentraland and other metaverses also entered the public eye, MetaMask quickly became the go-to choice for NFT holders. It’s by far the simplest wallet for organizing your collection, as well as viewing dApps in-browser. In October 2020, MetaMask added its most significant feature yet - the MetaMask Swaps DEX. Within the wallet’s ecosystem, users could now swap crypto instantaneously.

Today, MetaMask earns most of its revenue through Swaps fees, which are 0.875%, and MetaMask Institutional. It’s just an upgraded version of the original wallet, aimed at enterprise clients such as hedge

With the success of MetaMask and the Ethereum chain as a whole, it’s no wonder that ConsenSys has been very busy. Even though most of their products are not as well-known as MM, they’re surging quickly. Here are some of the most significant ones:

The world of decentralized finance is hotter than ever, and it’s all because of the best DeFi wallets. These projects managed to democratize the crypto market and turn anyone interested into an investor. In today’s blog, we rank these top DeFi wallets in 2022 and explore their features.

Decentralized exchanges have changed the world of crypto forever. From instant coin swaps to lucrative staking programs, there’s a lot to unpack. Join us as we tackle this topic, as well as elaborate on how DEXs impact the world of online gambling.

There’s no denying that MetaMask is one of the best DeFi wallets on the market. But to truly get to know this project, we have to take a look at ConsenSys. Join us as we take a look at the company’s history and its eccentric founder, Joseph Lubin.

Are NFT Casinos the Future of Online Gambling?

Will NFT casinos in the metaverse become the prevalent form of entertainment in years to come? Find out in the Getewallet latest blog post: Are NFT Casinos the Future of Online Gambling?