Blog/News>Is Safemoon Coin a Good Investment or Not?

As usual, the cryptocurrency markets are all over the place. The BTC price graph continues to resemble a mountain range, while ETH seems to be turning into a ski slope.

Dramatic price changes are so common in these markets that analysts are now arguing that they are not a glitch but an integral feature of cryptos.

But what if you want to use cryptos as a method of payment without worrying about losing half your money overnight? That is exactly the issue that Safemoon, a new crypto based on the Binance Smart Chain blockchain, purports to address. But before you decide to purchase your Safemoon tokens, let's take a closer look at it.

Safemoon is a new cryptocurrency that was released in March on the Binance Smart Chain blockchain. It aims to address the volatility problem plaguing other cryptocurrencies by discouraging day trading.

Users who wish to sell their Safemoon coins rather than use them as a payment method are charged a 10% transaction fee. Half of these fees are redistributed to existing coin holders as a sort of loyalty dividend. 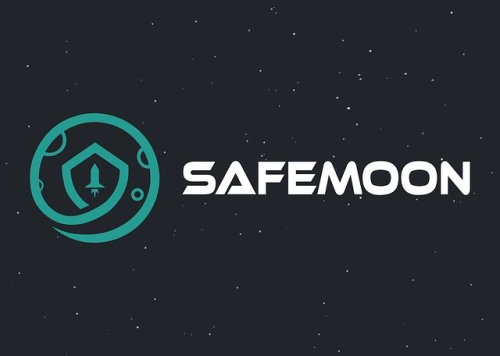 How safe is Safemoon?

The truth is that, despite these apparent safeguards, Safemoon is just as vulnerable to volatility as other cryptos. In April alone, the price rose by nearly 3000% before falling off. With fluctuations like this and a value of only $0.00000336, a 10% transaction fee is not going to deter investors.

In fact, social media is full of cryptocurrency investors sharing stories of how they made a fortune through speculating on this crypto.

This sort of hype, which is a form of market manipulation, and the attractively low Safemoon price combine to make the new coin a prime target for speculators and day-traders.

Another factor to consider is the number of tokens issued - a staggering 1 Quadrillion tokens (or 1,000 trillion). In comparison, Bitcoin has a limited supply of 21 million coins, and all coins won't be minted until 2140.

The sheer size of the SafeMoon token issue should be a red flag in itself. Many of the promotional memes doing the rounds on social media revolve around the idea that it is feasible for Safemoon to achieve a value of "just one cent."

If this became a reality, the currency would have a market cap of $100 trillion — nearly one-quarter of globally available wealth. This seems neither feasible nor recommendable.

It is also troubling that the Safemoon official site has a surprising lack of detail about the team's vision and ambitions for the currency.

Should I invest in Safemoon?

Taking the above factors into consideration, Safemoon does not appear to be a worthwhile investment. There are too many unknowns and variables.

Of course, how you invest your money is your individual choice — everybody has a different tolerance and appetite for risk. But the best play is always only to invest money that you can afford to lose, preferably in things you understand.

There is undoubtedly money to be made by trading Safemoon. The question is, for how long; will it have an enduring future, or is it just a short-term pyramid scheme that will collapse, tearing down investor's hopes and dreams with it.

The future of Safemoon

The Safemoon team has announced big plans for this year, including completing an app (function unknown) as well as a wallet and games.

It also wants to start trading on exchanges like Binance, build its own exchange, and establish both a UK/Ireland and an African office.

Ambitious plans indeed, but critics are skeptical. The fact that the founder still holds 50% of liquidity and refuses to give it up indicates that it could be a Ponzi scheme.

At this stage, the only thing safe to say about Safemoon is that the future is uncertain.

While the recent hype around Safemoon might make it seem like an attractive investment, it is precisely the reason you should avoid it. There are too many unanswered questions regarding its purpose and structure.

All the indicators point to it being a get-rich-quick scheme with no substance or stability. If you want your cryptocurrency investments to have real value in the long term, invest elsewhere. And remember, to enter the crypto markets, you will need an ewallet; read here for advice on choosing the best one for your needs.