Blog/News>Page 2>Will 2020 Finally See Bitcoin Going to the Moon?

Will 2020 Finally See Bitcoin Going to the Moon?

2020 turned the world upside down. With the global pandemic dictating harsh changes in the worldwide economy, nothing seems very certain anymore. Some countries have experienced hyperinflation, others massive layoffs and even the economic giants like the US and China are struggling with both internal and external politics.

Where does Bitcoin stand in this eruptive crockpot of a global conundrum? Will it crash and burn or soar to the moon in 2020? We think the latter is the most likely scenario as we explain below. 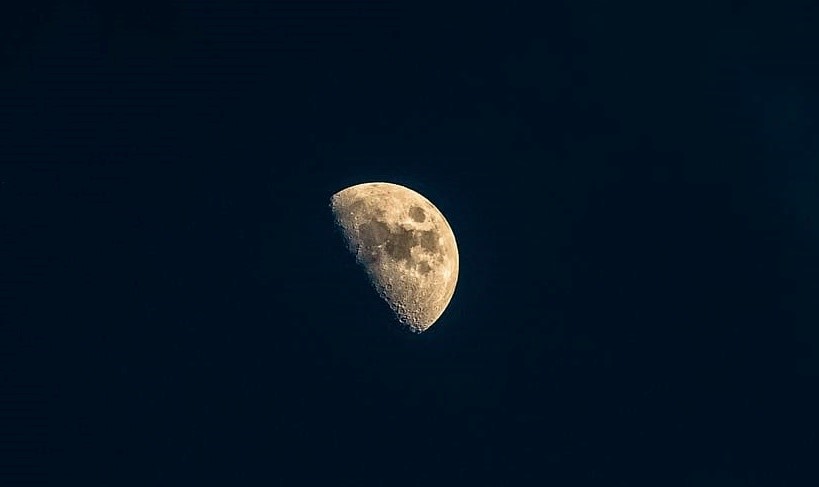 Fiat vs. Crypto in times of crisis

Aside from the usual odes to privacy, anonymity and user-friendliness of cryptocurrencies, what are the actual advantages of bitcoin in a possible Fallout scenario?

As we all know, during a recession, fiat currencies have serious drawbacks. Does bitcoin really offer more potential stability in the long run?

During a financial crisis central banks are forced to mitigate the damage by pumping capital into the economy, or to put it simply put, printing money. This causes inflation, or in more dire outcomes, hyperinflation, which ultimately devalues the currency. Cash savings suffer most in this scenario because storing liquid assets becomes meaningless.

Inflation has no influence on bitcoin value. Furthermore, the mechanism of mining rewards in the bitcoin algorithm ensures a steady increase in the amount of bitcoin in circulation, making it immune to hyperinflation. 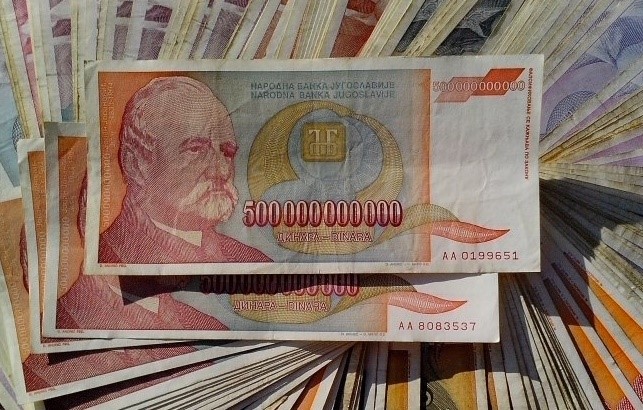 When in peril, cash is the only way to go. In times of financial crisis, people lose faith in the banks and start to withdraw their money. If withdrawals happen on a massive scale and in a short period of time, the banks become insolvent, leading to bankruptcy.

In other words, there is only so much cash to be given, and when it runs dry, the banks are done. A systemic banking crisis is the culmination of this phenomenon and inevitably leads to recession, closing the vicious circle. Digital currencies are not centralized. There is no one place where bitcoin is kept, nor is there a way for it to run out in the same way cash does. In fact, there is a cap on the number of bitcoins that will be in circulation (21 million to be exact), but the final coin is not likely to be mined until the year 2140. By then, we might have an entirely different economic picture.

One of the first things that happens after the stock market crashes or banks become insolvent, is people investing in precious metals. Gold is known as a “stable store of value” since it quickly bounces back after a crisis, making it a readily available safe haven for investors.

Bitcoin is not really comparable to gold in the classical sense, but it has some similarities in the sense of resilience to change in value. Bitcoin and other digital currencies have a lot in common with stable stores of value, such as gold. They suffer less damage from acute fluctuations in the economy and have a much greater rebound rate. The blockchain protocol renders digital currencies immune to problems related to centralization and the geopolitical situation.

The backbone of crypto is the community

And the community is growing. The most passionate backers of digital currencies are found among Millennials and Generation Z, which is no surprise. They are the natives of the digital world and having a digital currency comes naturally to them.

Furthermore, this group is thoroughly disillusioned when it comes to traditional world views. Times are changing and for better or for worse, the economy is one of the major leading factors.

Those who recognize the new trends early on are in for some serious gain.

This has led to many corporations, retailers and even countries accepting bitcoin as a valid method of payment.

There are nearly 9000 ATMs all over the world where people can buy and/or sell cryptocurrencies. Most of them (almost 7000) are in the US, followed by Canada (over 800) and the EU. A significant number can also be found in Australia, Asia and more densely populated parts of Africa.

While there are still some issues regarding US regulations of cryptocurrency use, this did not discourage the crypto community. More than 400 new BTMs have been installed recently and the number is rising steadily. This is a great opportunity for everyone who owns crypto or wants to migrate from traditional credit cards. In times when even the giants can fall within a matter of seconds (just remember the Payoneer debacle in June), everyone wants to keep their options open. 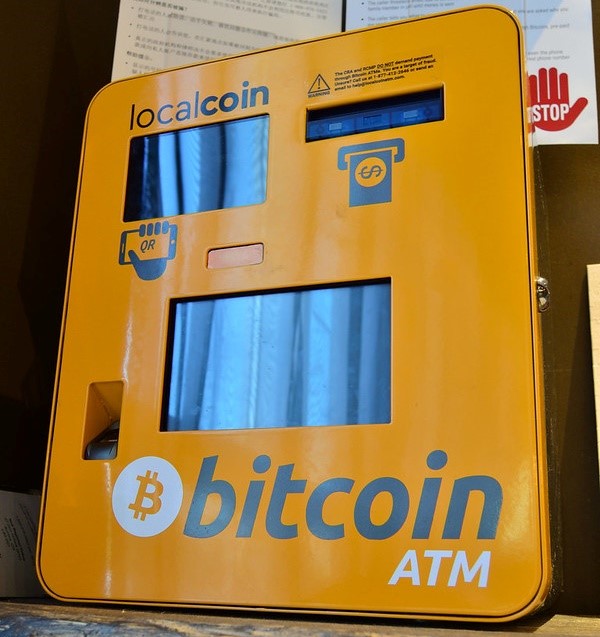 A new service was launched in Australia recently, allowing its citizens to pay for Bitcoin at the post offices nationwide. This incentive was made to increase adoption of BTC by the general public, as well as to give an example to other businesses. This is considered to be one of the biggest wins of the crypto community recently.

Australians can buy Bitcoin or Ethereum for AUS dollars, the worth of crypto ranging anywhere between $50 to $50,000. This step was backed by Coca Cola and other big corporations. The future will show how this system develops.

Casinos are already in the game

When it comes to money, casinos are one of the biggest players in the world. Not many industries have shown a matching level of adaptability and flexibility in their business model, and this year proves it. In the midst of a raging pandemic, casinos are still very much alive, just a bit different - you can enjoy your favourite game, croupier included, from your own home. Many online casinos offer both deposits and withdrawals in various digital currencies with minimal or no fees. Even the biggest physical casinos in Las Vegas are getting more open about crypto payments in the last five years, so the trend is becoming widespread.

Paypal to offer buying and selling of cryptocurrencies

A recent announcement about PayPal offering full transaction support to crypto users is also a major step towards mainstream use. While PayPal is not the first digital wallet to support digital currencies, it is by far the largest one and this makes all the difference.

This new service will allow the 325 million of users of PayPal and Venmo to buy and sell crypto currencies using a dedicated digital wallet. Although this news is not yet officially confirmed by PayPal, reputable sources have stated that the service is going to be rolled out by the end of the year.

To HODL or not to HODL?

The price of crypto depends on many factors. But the mechanics behind the value fluctuations are essentially different from those which control the (in)stability of fiat currencies. In short, the value depends on factors like supply and demand, cost of mining, competition and internal/external regulations. However, cryptocurrencies are also not immune to the human factor, which is painfully obvious in times like these.

Many crypto critics have pointed out that bitcoin plummeted in the first quarter of the year together with the stock market. This may be true, but the value of cryptocurrencies quickly bounced back, while the stock market is still in peril. In this case, correlation is not causation. Let’s look at what happened there.

The graph below shows the percentage drop in the stock market (by NASDAQ), during the infamous mid-March plunge. The price of oil followed this trend, reaching negative value during April.

Explaining stock market dynamics is a far from easy task, but one of the reasons behind this avalanche is very simple: people panic. When times are dire, investors hurry to liquidize their assets because cash can get you anything, take you anywhere, and make it quick.

A similar reasoning happened among crypto investors. Since many major retail chains still stubbornly refuse to accept cryptocurrencies as a valid payment method, people sold their coins en masse. Although crypto is fundamentally designed as a liquid digital asset, if it can’t be used in broad circulation, there is not much use of it in situations like the global pandemonium was their reasoning. 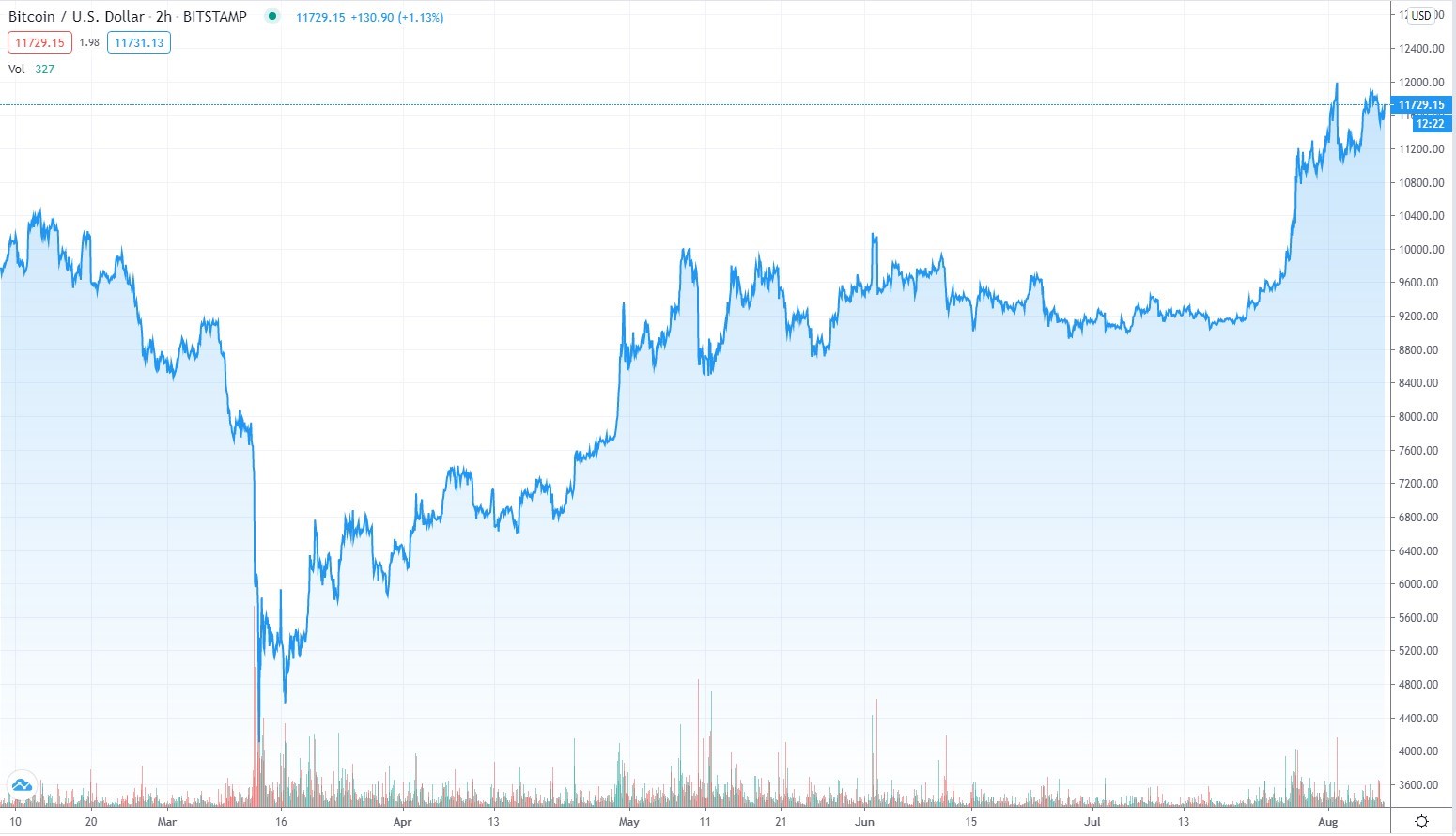 Luckily, bitcoin and most other major cryptocurrencies bounced back quickly, even exceeding their value from the beginning of the year. Where it goes from here depends largely on the investors, and the transactions made by them. A general trend emerging in many communities is that this is a good time to hold (or HODL) the coin, since it’s immune to hyperinflation and geopolitical factors.

Although the year 2020 has been pretty bleak generally speaking, it has given us a lot to think about. We might never go back to the way things were before the pandemic, but that isn’t necessarily a bad thing. In a world that is already uncertain and volatile, cryptocurrencies fit right in.

And with recent improvements in visibility and global usage, as well as increasing attractiveness as a store of value, 2020 might see bitcoin not just going to the moon but landing and setting up a permanent base there as well.