When Facebook announced its intentions to launch its own cryptocurrency, it was with all the usual hyperbole we have come to expect from the company.

Libra would 'empower billions of people' including the approximately 1.7 billion adults without access to bank accounts. It would allow small businesses to flourish, remittences to be paid instantly and at almost no cost and generally be the greatest thing that had happened to mankind since, well, Facebook itself.

Libra itself would be unlike other cryptocurrencies. Of course, it would use blockchain technology but only for record keeping.The coin would not be decentralised or self-generating like, for example, Bitcoin. Instead, it would be controlled by a governing body, the Libra Association, made up of big names like PayPal, Visa, eBay and others. Its value would be linked to a basket of assets, mostly fiat currencies, that the members of the association had to put up to get in, $10 million being the initial asking price.

And if all that wasn't enough, Facebook's motives were completely altruistic. This was part of their ongoing effort to improve people's lives. They wouldn't profit in any way from the currency nor the data generated by its use. They only wanted to create a better payment system to make life easier for their users. They wouldn't even retain any control over the currency beyond that of other members of the Libra Association. Of course, they hoped widespread use of Libra would lead to increased advertising revenue for Facebook but that was a mere fringe benefit.

Who then, could possibly object to such a benevolent project? As it turned out, the list of objectors is almost endless and includes pretty much every financial regulatory body in the world, banks, politicians, cryptocurrency and blockchain enthusiasts and even the general public. So what is the problem with Libra? Well, that's problems, plural, and as it's actually kind of hard to know where to start we'll dive straight in at the deep-end.

As you may know, the idea of Facebook having its own cryptocurrency was not met with enthusiasim by financial regulators worldwide. If even half of the social network's 2.45 billion users started using the currency, it would make FB the largest supplier of financial services in the world. Without it being subjected to any of the checks and oversights of other financial institutions.

This caused all sorts of alarm bells to ring and they're still ringing. Zuckerberg himself was grilled for hours by a Congressional Committee in the US, and the EU is still trying to figure out a response but to cut a long story short, it all boiled down to one question; Is Libra really a Cryptocurrency?

On the face of it, that's what it looks like. It's only available online, there are no physical Libra coins and it uses blockchain technology, just like a cryptocurrency should. But if you dig a little deeper, things look a bit different.

As the Libra team have so proudly announced on numerous occasions, Libra will not be self-generating. Libra coins will be "minted" and exchanged for fiat currency when a user buys in, and bought back and destroyed when the user cashes out, with the whole system regulated and all transactions verified by the Libra Association.

But the definition of a cryptocurrency is: "A digital currency in which encryption techniques are used to regulate the generation of units of currency and verify the transfer of funds, operating independently of a central bank".

In other words, self-generating and decentralised, the opposite of Libra.

Another issue is that the value of cryptocurrencies like Bitcoin or Ethereum are not linked to any real-world assets. They are worth what people will pay for them. As we said before, Libra's value will be linked to a basket of currencies and other assets owned by the Libra Association.

This all means that Libra is not, in fact, a cryptocurrency but a type of Security, like Bonds. And in one of the few bi-partisan moves we've seen in a long time in American politics, Democrat and Republican Senators have come together to introduce legislation that will recognize this fact. That would seem to solve the issue of regulation, but there's more!

Even those of us who don't quite understand how blockchain works (the majority) know that it is pretty important to cryptocurrencies, so it's not surprising that FB should adopt it for Libra.

Blockchain technology is what allows cryptocurrencies to function. It provides a decentralised, immutable (unchangeable) record of transactions and has many exciting potential applications outside the world of finance, particularly in the food industry. But it also has disadvantages;

•       It's expensive to run. The process of encrypting information into the blockchain consumes an awful lot of electricity, which has to be paid for.

•       It's big. For every transaction conducted, the blockchain grows. And it all needs to be stored somewhere which adds more to the cost.

•       It's slow. Verifying transactions and encrypting them takes time. And while international cryptocurrency payments might be faster than a conventional bank transfer, it isn't exactly the instantaneous experience promised by Zuckerberg. The Libra blockchain has been engineered to make it faster, but at the expense of removing some of the features that make other blockchains virtually unhackable. 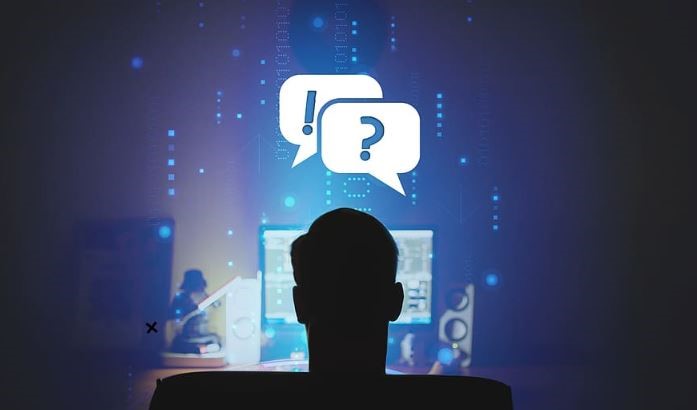 Bitcoin and other cryptocurrencies deal with these issues by being decentralised and allowing "mining", basically paying users with new coins for providing the resources needed to maintain the blockchain.

Since Libra is not a decentralised, self-generating currency, it won't benefit from any of the advantages of blockchain technology, but the Libra Association will still have to deal with all the disadvantages. This makes it a strange choice of ecosystem as experts were quick to point out, and some of the initial investors realised.

When PayPal pulled out of the project everybody assumed it was because of the regulatory problems it was facing. But their CEO Dan Schumman had another explanation:

"We’re always exploring the next generation of technologies — like blockchain infrastructure to do things more efficiently. And you know, we’d like to learn more about it. All of us were interested in learning more. As we learned more about [Libra] and saw the amount of things that were still left to do and the amount of things we still had to do on our own roadmap outside of Libra, we said, “You know, we think if we focus on our own roadmap, we’d be able to advance financial inclusion faster than if we put all these resources against Libra.” (Source: https://fortune.com/2019/11/20/paypal-ceo-dan-schulman-libra/ )

….which seems to me like a polite way of saying they haven't a clue what they're doing!

And finally the issue that most people will relate to: Trust. I mean, this is Facebook we're talking about, the company that will never use or sell your data without your permission, except when it does. The company that sees no problem with publishing lies in political adverts, as long as they are paid for, etc, etc.

Of course, assurances that data generated from use of Libra would not be shared or abused in any way, shape or form came thick and fast. There will be all sorts of checks and counterbalances including the following.

•       The Libra wallet, Calibra would be run by an independant company.

•       Facebook itself was just an equal member of the Libra association with no extra rights or power.

•        Data would only be shared between these different entities and third parties in very specific circumstances.

As it turns out, Calibra is a wholly-owned subsidiary of Facebook, so no independance there. It also has a place in the Libra Association, effectively giving FB two votes on the Board. And the very specific circumstances that would allow data sharing include things like:

Circumstances that are open to interpretation, to say the least. Add to that the fact that FB does not intend to vet app developers on the Libra platform in any way whatsoever and you don't have a very reassuring picture.

So will Libra ever actually get off the ground?

Well, the whole project started off shaky and hasn't got any steadier since. The launch date has been pushed to some indeterminate date in the future.

Major investors, including the three we mentioned at the beginning of this article, PayPal, Visa and eBay have all pulled out. And the Libra Association's AoA (Articles of Association) have quietly been changed. The $10 million buy-in fee is gone, but so are the members governing rights. Plus Facebook has just rolled out a new payment app, or ewallet, Facebook Pay, so if I were you, I wouldn't hold my breath in anticipation.